Silver: An Essential Metal for the 21st Century We recently attended the October 26-27 Silver Institute’s Third Silver Industrial Conference held in Washington D.C. This year’s theme was "Silver’s Evolving Role in Science and Technology" and the conference had diverse representation from industrial users, financial, trade and government organizations, refineries and mining companies. We were impressed by both the depth of the presentations and the optimism regarding silver’s future. The overwhelming consensus was that the current silver price is too low, given difficulties finding and developing new mines, increasing political risk (governments wanting bigger pieces of the mining revenue pie, such as what’s happening in Tanzania) and the plethora of new and fast-growing uses of the metal. In this article, we discuss silver’s expanding role given its growing use in solar, automotive, electronics and healthcare applications.

Photovoltaics ("PV") is arguably the area where silver applications are experiencing the most growth. We have spoken about solar’s impressive effect on silver demand in the past, but this conference increased our conviction that the solar industry will continue to play an important role. Dr. Larry Wang from Heraeus Photovoltaics Business Unit described solar panel structures and presented his projections for global solar installations. Silver is used in panels via silver paste, which contains about 90% silver powder, with the remaining 10% comprised of mostly glasses and binding agents. Despite panel manufacturers actively working on ways to reduce silver loadings per cell, Heraeus projects overall silver use to increase at least through 2020 due to growing solar installations. Given that a single gigawatt (1GW) of solar power needs about 20t (tonnes) silver powder at present, predicting silver demand entails predicting future installs and taking into account efforts to thrift.

China is a shining example of a country accelerating efforts to install solar in the quest for cleaner air. Figures published by Asia Europe Clean Energy (Solar) Advisory revealed that China exceeded its 2020 target of 105GW of installed solar capacity three years ahead of schedule.1 Renewable energy groups are also urging the European Union to increase its current 27% renewable energy target for 2030 to 35%.2

With solar installation, we need to ask how long is the average lifespan of a solar panel and what happens to the panel at the end of its useful life? The answer is that given that the “boom” in panel installation began in 2005 and panel lifespan is typically 30+ years, the replacement cycle will not begin for some time (until the mid-2030s). At present, there is no cost effective way to recycle these panels and so the silver is not recovered. This is true for many applications – the amounts of silver used in any one given device or application are too small to be economically recoverable. It is also important to note that over the last several years the total supply of scrap silver has been declining as the silver price is not high enough to incentivize recycling of jewelry and silverware.

Silver Demand and the Auto Industry

While increasing demand for solar energy is driven by a worldwide need for cleaner energy, this same trend will benefit silver use in the automotive industry. When we talk about electric vehicles, we think of lithium, cobalt and nickel. When we think of autonomous/driverless cars, we think of the technology that is required to operate such vehicles. What we don’t consider is the fact that both electric and autonomous cars will require more electronics to run, which in turn will increase demand for silver.

Steve Gehring, VP of Safety and connected automation at Global Automakers (a trade association of auto manufacturers and suppliers) made a strong case that silver will play a big role in all the trends in the auto industry. A primary reason is safety, as the vast majority of accidents are caused by driver error. Auto manufacturers are already well into a new phase of crash avoidance: rear cameras, night vision, rear object detection, lane departure warning are examples of components in the suite of assistant technologies and silver content is going up. Self-driving, autonomous vehicles are striving to take driver safety to the next level technologically. Google’s Waymo has been working on autonomous driving since 2009 and its technology has the potential to transform the world by saving lives and improving the quality of life through mobilizing vision-impaired people and seniors. Redundant systems, such as backup computing, power systems and collision avoidance systems play an important role in the technology:3 once again, such systems point to more electronics and therefore, increased silver demand.

One of the biggest environmental issues globally is automotive emissions and governments around the world are tightening emissions standards. Electric vehicles represent a potentially explosive growth area: although currently representing only 1% (or less) of the market, projections are for strong growth as illustrated in the following Bloomberg chart:

China has vowed to curb air pollution and is introducing policies to reduce fossil-fuel vehicles. France announced that it will only allow electric cars as soon as 2030 ahead of its 2040 goal.4 Scotland has announced the aim of phasing out new petrol and diesel cars and vans by 2032 – eight years ahead of the target set by the UK.5 Such policy decisions are spurring traditional auto manufacturers to put resources behind electric vehicles. Mercedes-Benz, Jaguar, Volvo, GM, Ford, Toyota and Nissan have various initiatives at various stages of development. The cars of the future will have more and more solar panels on their exteriors to add power to the network and fast charging stations will have solar panels. 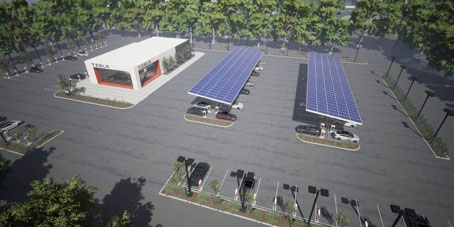 Another valuable property of silver is the metal’s ability to kill bacteria. Dr. Trevor Keel of Agility Health Tech discussed silver applications in healthcare. Examples include silver-imbedded bandages, silver-coated catheters and glass/touch screens. Not only is the light transmission rate 98% for silver versus 96% for Graphene and 91% for Indium Tin Oxides, but the antibacterial properties of silver make it ideal for use in touch panels. Corning has developed the world’s first antimicrobial cover glass as part of the Gorilla Glass family; it incorporates silver in the glass and over time the ions leach out and interact with moisture on the surface. The company promises >99.9% reduction of bacteria and for the glass to last for the lifetime of the device.6 This glass has wide applicability with benefits in smartphones, tablets, automotive and architectural use.

Silver has the ability to improve billions of lives worldwide. A little Silicon Valley-based company called Folia Water has developed a cheap and very effective water filter that is manufactured by applying silver to round paper filters. Each filter costs 50 cents and can clean 50 liters of contaminated water. This makes them the most affordable water filters, while being highly effective. This is an example of innovation and technology using silver’s time-proven ability to kill bacteria in order to improve standards of living for many people.

Although the conference targeted industrial and specifically technological uses of silver, there was significant discussion around the global macroeconomic backdrop. The current price environment is in large part due to investor perception that the U.S. economy is strong and the Fed will continue tightening monetary policy (raising interest rates) and President Trump’s promised tax cuts and fiscal stimulus will further boost growth. TD’s Global Head of commodity strategy, Bart Merek, echoed our belief that the Fed will likely not hike as aggressively as the market thinks, they do not want a disinflationary environment, and given that we have not seen much inflation, they will err on the side of caution. In fact, the Fed has been lowering its terminal rate, most recently to 2.75% in September, underscoring that exiting easy monetary policy is proving difficult. Furthermore, we believe that Trump’s policies will not be revenue neutral and will lead to budget deficits. We believe in lower rates, particularly real rates, for longer, which is positive for both gold and silver.

We have long been fans of silver both for its role as an investment vehicle and its wide applicability in various consumer products. Silver’s fundamental supply/demand outlook has never been more supportive of a strong price: while supply stagnates, demand is underpinned by synchronized global economic growth and the trends of electrification and automation. Silver and silver equities are undervalued in historic terms and, together with gold, represent a great addition to most investment portfolios. 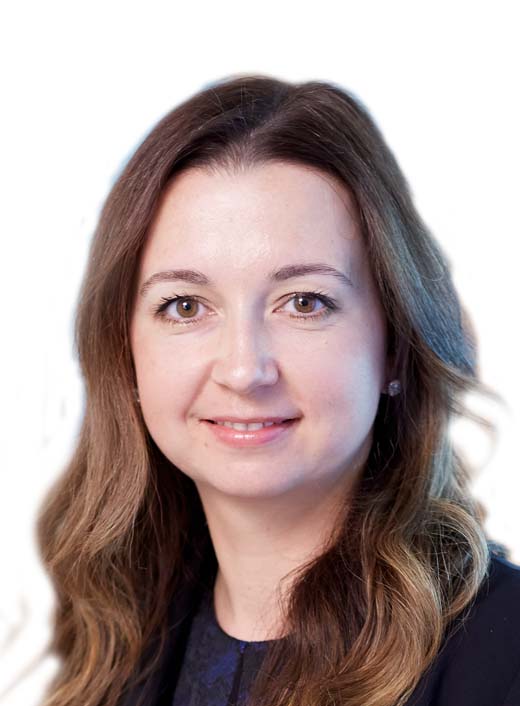 SAM LP is the investment manager to the Sprott Physical Bullion Trusts (the “Trusts”). Important information about the Trusts, including the investment objectives and strategies, purchase options, applicable management fees, and expenses, is contained in the prospectus. Please read the document carefully before investing. Investment funds are not guaranteed, their values change frequently and past performance may not be repeated. This communication does not constitute an offer to sell or solicitation to purchase securities of the Trusts. You will usually pay brokerage fees to your dealer if you purchase or sell units of the Trusts on the Toronto Stock Exchange (“TSX”) or the New York Stock Exchange (“NYSE”). If the units are purchased or sold on the TSX or the NYSE, investors may pay more than the current net asset value when buying units or shares of the Trusts and may receive less than the current net asset value when selling them.